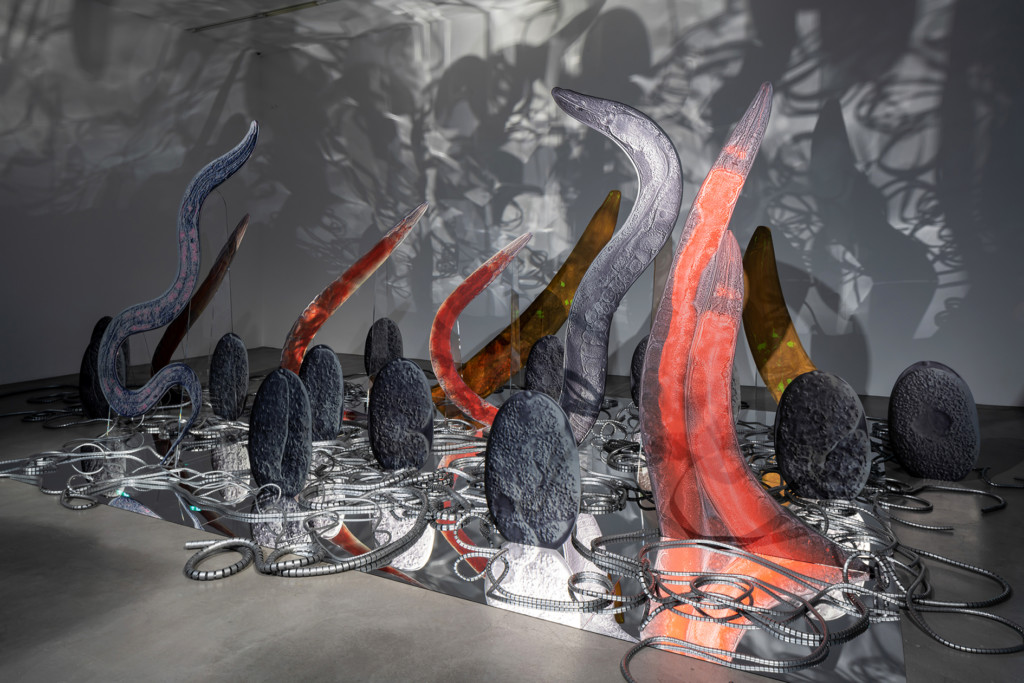 Novitskova’s work tackles the complexity and eventual failures of depicting the world through technologically driven narratives. By bringing together art and science to the level of nature, Novitskova brings awareness to the mediation and representation tools used to depict these realms.

More specifically, Novitskova’s work focuses on the mapping of biological territories that are no longer outside but rather ‘inside’ biological bodies. The technological devices, such as microscopes or brain scans, used to mediate and depict those alternative geographies are able to merge datasets and biology, altering how biology and technology develop. In Novitskova’s mind ‘the look inside has somehow replaced the gaze into the future.’ From parasitic worms to robotic nurturing or incubating machines, technological devices are not only dominating the inner biological realm, but also the affective one. Katja ́s adoption of the baby swigs as ready mades, turning them into sci-fi-like looking creatures, is a wink to new technologies of affection and care, mediated through algorithms and artificial intelligence. Those works bring up memories of the “alien” depicted by science fiction, as well as the role of the non-human in an hypothetic not so far away future.

Katja Novitskova, born 1984 in Tallinn, Estonia, lives and works in Berlin and Amsterdam.