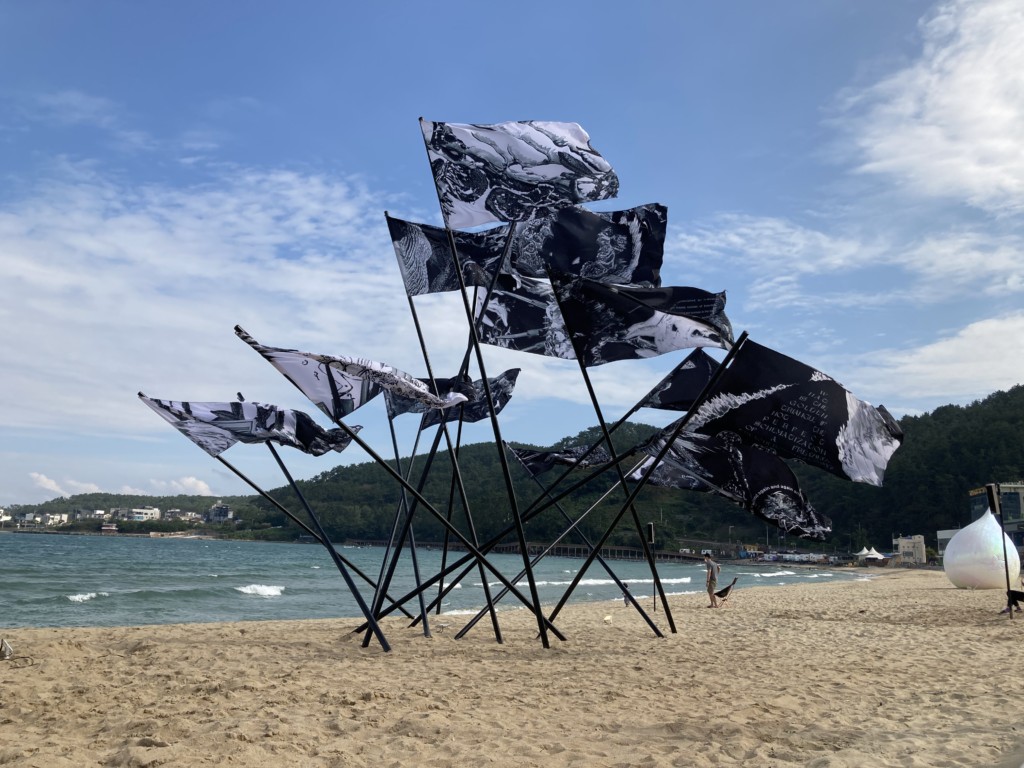 Forest Curriculum Bio:
Biography: The Forest Curriculum (Bangkok/Yogyakarta/Manila/Seoul/Berlin/Santa Barbara) is an itinerant and nomadic platform for indisciplinary research and mutual co-learning, based in Southeast Asia, and operating internationally. Founded and co-directed by curators Abhijan Toto and Pujita Guha, and with Rosalia Namsai Engchuan, it works with artists, collectives, researchers, indigenous organizations and thinkers, musicians, and activists,  to assemble a located critique of the Anthropocene via the naturecultures of Zomia, the forested belt that connects South and Southeast Asia. The Forest Curriculum organizes exhibitions, public programs, performances, video and multimedia projects, as well as an annual intensive in a different location around the region, which gathers practitioners from all over the world to engage in collective research and shared methodologies: The Forest And The School, Bangkok (2019); The Forest Is In The City Is In The Forest I, Manila (2020) and II, Online (2020-2021). The platform collaborates with institutions and organizations internationally, including Savvy Contemporary, Berlin; Ideas City, the New Museum, NTU CCA, Singapore, Nomina Nuda, Los Baños, and GAMeC, Bergamo among others. The collective has also exhibited in Nonhuman Assemblages, Busan Sea Art Festival, South Korea (2021), and Nation, Narration, Narcosis, Nationalgalerie – Hamburger Bahnhof, Germany (2021).